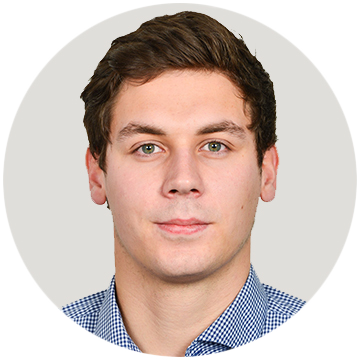 Since mid-2011, Google+ is becoming a serious competitor for Facebook, up to now the market leader among social networks. The user quota from Google’s social media platform has increased drastically since its appearance. The network is actively used by the private sphere as well as by corporations.

The more innovations Google announces, connecting Google+ with other search engine services, the more important this network becomes for online marketing. Google+ plays a vital role, not only for search engine optimisation, but also for social media marketing, which will most likely gain strength in the future. Both Bing and Google place a high value on social media signals. Obviously, Google gives its own social network especially high ratings.

For Whom is Google+ Important?

Google+ is not only for private use, but rather, especially for reputable companies, in order for them to achieve a wide distribution range for their own contents as well as improving their rankings in the search results, particularly from Google.  Mostly companies already active in online marketing find Google+ an effective way to increase their own publicity and support SEO measures.

For years, the personalisation of Google search results has been an ongoing topic, the significance of which has increased since the outset of Google+. More and more, Doogle+ profiles and posts are integrated in the search results, through which a user who is logged on can directly follow a profile. In the future, Google+ users should be able to have even their secured contents from their own profiles or networks made available in the search results. These examples show that the search engine highly regards contents from their own network. Social signals, such as +1 clicks assimilate the lists of innovations arising from search engine optimisation. At least since the introduction of the Google Freshness Update, it pays off to have an active profile with Google+ and to make the recommendation of individual websites easier with the help of +1 buttons.

Studies show that users evaluate Google+, in some aspects, to be better than Facebook, thus making an active presence on the growing social network worthwhile. In comparison to Facebook, Google+ enables businesses to better present their own contents, and to make them more visible.  The so-called circles simplify addressing specific target customers and interested parties. Companies can also use the hangouts for video conferences. A target group and competition analysis can determine whether the investment in an active Google+ profile is worth your while.

Since October 2011, Google’s +1 button has been available for advertising banners, displays and mobile ads, however, they can also be deactivated in the campaign settings. +1 clicks should increase the relevance of the ad as well as its rate of clicks. +1 clicks are rated in correspondence with
URL – a click on a +1 button appearing on a website is rated in exactly the same way as a click on a banner directly linked to URL. A direct link to AdWords and Google+ profiles are also possible, whereby a +1 click on an advertisement adds to its popularity in Google+.

Google+ at What Expense?

As with every social network, a professional and active Google + profile demands a minimum on maintenance and actualisation.  Not only must relevant and valuable contents be created and distributed, but contacts must also be maintained and communication with potential customers carried out. A successful Google+ strategy includes a comprehensive online marketing concept and uses available resources from other online marketing channels as well as PR techniques.

What We Can Do For You

With your cooperation, we create a professional, optimised corporate profile for Google+. In addition, we service your profile, publicise current contents and undertake communication with your customers. We will gladly consult you on Google+ and affiliate marketing, and create an SEO strategy with you in terms of Google+.